Maine is truly an amazing place but the winters can be a bit…long.  The best way to escape the cold?  Head to the Caribbean, which is exactly what 360MV did in March of 2014 when we headed south for a shoot in Barbados.

We hit the ground running on our first day on island with a series of location scouts, credential pickup, and an interview with Rallycross and Gymkana superstar, Ken Block.

Always up for a challenge we decided to eschew technology and navigate the island with only a rudimentary map that we found in the glove-box of the rental car to guide us.  As co-pilot the stress of navigating the island (as backseat bets were being lobbied at my routing skills) teetered on crippling  but in the end I was able to lead the team to some incredible ‘off the beaten path’ spots…only a few of them unplanned.

Next on our agenda was shooting with World of Adventure host, Todd Richards in some of the most iconic and picturesque locations on the island that we had mapped out previously.  On his first take in an off-handed ad-lib from the script Todd dubbed the island as, ‘more than dreadlocks, steel drums and rum’, which instantly became our catchphrase for the trip and kicked off a great day complete with frequent hydration in the form of freshly sliced coconuts.

With two successful days down we arrived to Bushy Park Circuit in St.Philip- where the Red Bull GRC event would be taking place.  The race area, which just days earlier was nearly empty was now packed with competitors and fans- the excitement palpable in the tropical air.  A close-up look into what goes into prepping and maintaining these cars throughout the competition was probably the most impressive aspect for me.  Each car had been shipped with a full container’s worth of extra parts and an extensive crew to attend to any inefficiency within these custom machines.

The competition was intense and in a dramatic and scary turn of events our crew was out on the track just as our featured athlete, Ken Block flipped his car but luckily escaped unharmed. 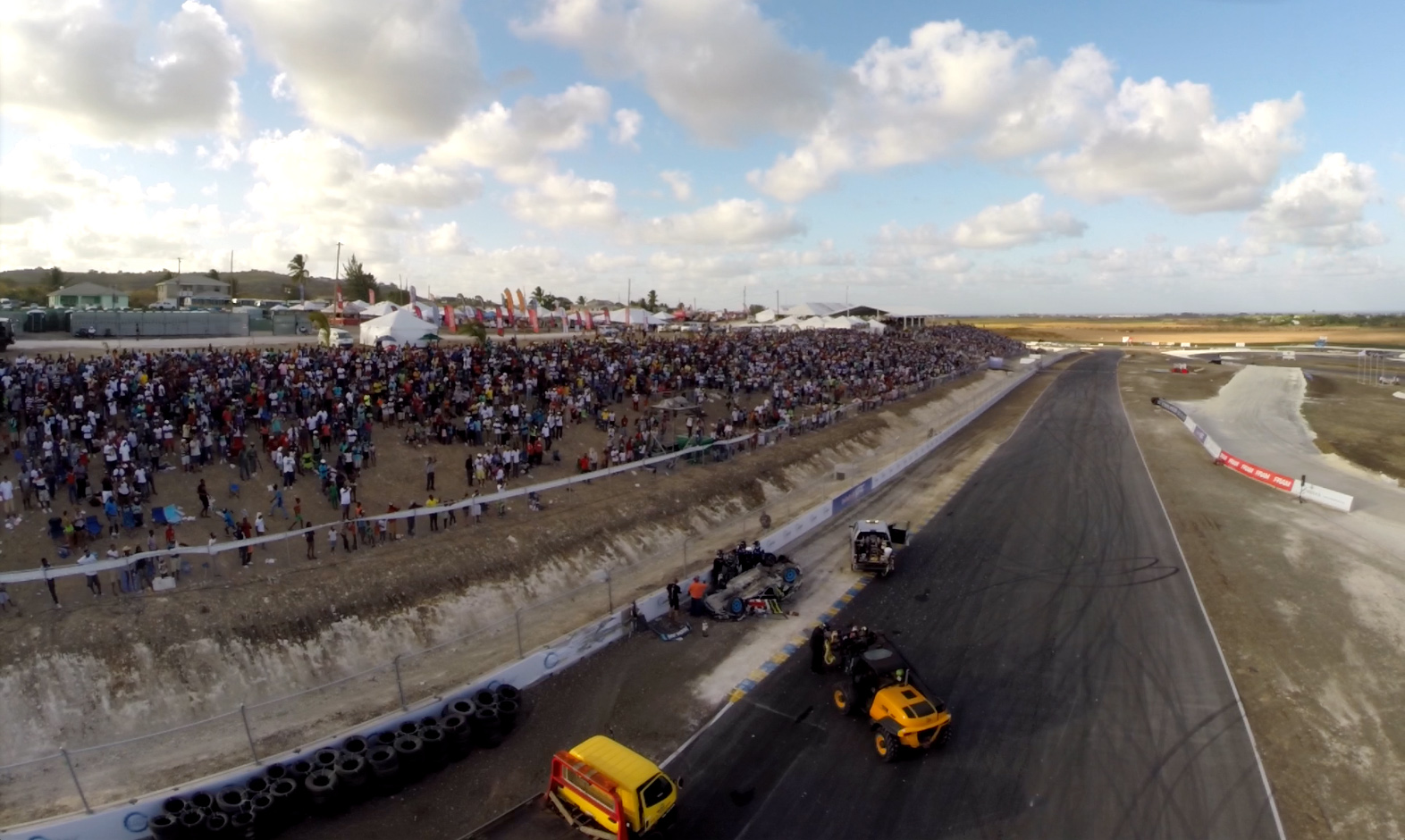 After the RallyCross event our crew took the rest of the night to enjoy what had become a customary wrap tradition on any Caribbean shoot- a rum punch and a contest to see who could capture the best sunset.